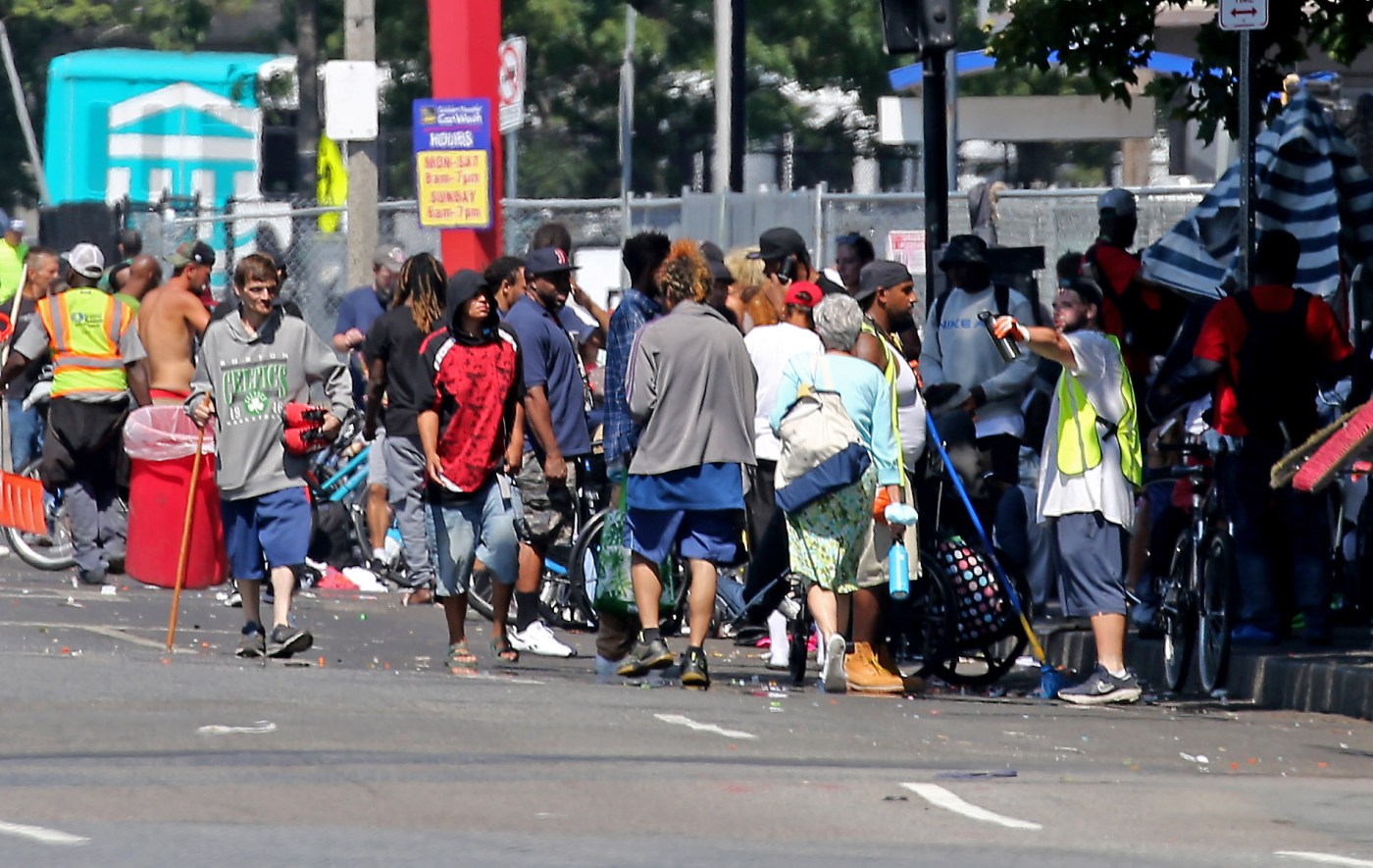 Whereas the confluence of homelessness and substance use in Boston’s “Mass and Cass” space persists, Mayor Michelle Wu argued Monday that circumstances on the bottom have improved dramatically within the yr since she took workplace.

Wu, who has drawn criticism from a variety of fellow policymakers and neighborhood leaders over the continuing points close to Massachusetts Avenue and Melnea Cass Boulevard, mentioned her communication about response to the continuing disaster has fallen quick at occasions however in any other case touted her administration’s strategy as a hit.

Requested in an interview on WBUR’s Radio Boston to establish a “purple X” from her first yr in workplace, Wu mentioned she “didn’t declare the suitable framing for our efforts.”

“It’s evening and day from the place we had been a yr in the past,” Wu mentioned. “It’s 80%, 90%, even, higher than the place we began a yr in the past the place individuals had been dying on the streets and there have been fires and rampant ailments unfold from a rodent infestation and widespread human trafficking in constructions that we didn’t actually know what was occurring inside.”

Wu mentioned that though the problem is “not solved,” the town’s strategy to the encampments, frequent drug use and psychological well being points current at Mass. and Cass has served as a nationwide instance of how you can deal with homelessness and dependancy.

Her optimism is just not universally shared. Wu moved in January to clear encampments from the world, and whereas officers consider there at the moment are fewer individuals concerned, reviews are nonetheless widespread about individuals congregating close to Mass. and Cass, typically promoting or utilizing medication.

Final month, Wu advised WBUR about 20 tents “come up and down each different day.” She mentioned the town had labored to face up about 200 items of “wraparound” supportive housing, however that Boston can be unable to handle the state of affairs by itself and wanted “the state to step up.”

Wu’s remarks in October prompted a public spat with Gov. Charlie Baker, who mentioned the state performed a key position in growth of low-threshold housing and put $40 million towards addressing homelessness and dependancy points.